The WCS New York Aquarium is part of an effort to save wildlife that began 120 years ago with the creation of the New York Zoological Society, an organization founded on science and hope which has since grown to become the Wildlife Conservation Society.

If you have visited us, or are a fan of Animal Planet’s The Zoo, you might be familiar with the exciting field research the Aquarium’s scientists are conducting right here in New York. The conservationists here in our New York Aquarium Conservation Program seek to protect and restore threatened species and habitat, encourage smart ocean planning to ensure a place for wildlife in our busy waters, and build ecological resilience in nearshore and river habitats. The New York Aquarium is a leading voice in local marine conservation issues, committed to preserving safe places for people and wildlife to share the waters that surround this city of islands.

Through acoustic/satellite tagging and monitoring of several species of sharks and great whales in the New York seascape, we’re helping to guide and inform fisheries and management policies. We’re conducting long-term ecological monitoring and developing management plans for American eel and river herring as part of ongoing restoration of the Bronx River. We’re helping to secure the protection of critical habitat including the Hudson Canyon, an underwater marine marvel that rivals the Grand Canyon in scale and majesty. It’s home to an astonishing array of fish, marine mammals, invertebrates, and cold-water corals. This includes the development of the first national marine sanctuary in the mid-Atlantic. And our citizen science programs encourage the public to explore local beaches and waters, and contribute data to support marine biodiversity.

Our conservationists work in forests, deserts, mountains, plains, and oceans across the globe. We have boots on the ground in some of the planet’s most threatened habitats, focused on species facing the greatest dangers, including great apes, big cats, elephants, sharks and rays, marine mammals, turtles, and many others.

OUR TEAM, MORE THAN 4,000 STRONG, WORKS EVERY DAY IN NEARLY 60 COUNTRIES AND ALL THE WORLD’S OCEANS TO SAVE WILDLIFE AND WILD PLACES.

When you visit the New York Aquarium, we hope that you will be amazed by the animals you encounter, and inspired to help protect our earth for future generations of humans and wildlife. 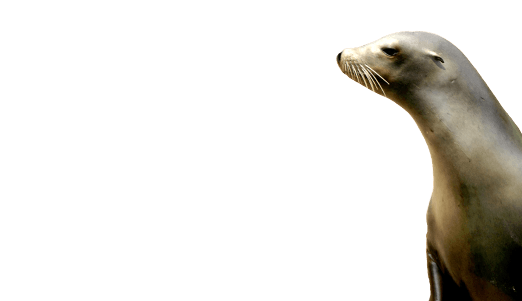